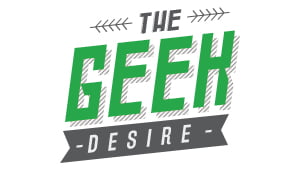 A Keyboard is an integral element of a Computer, and the Modern Computer Keyboard begins with a direct inheritance of the Typewriter. So, if the Typewriter hadn’t been invented, we would be seeing a different form of a keyboard altogether and not the ones that we have today.

It is mesmerizing to see and note that everything, even something minute, has transformed and has strived to become better with the advancement of technology. The same is the case with the Keyboards. Look upon a Keyboard or a typewriter essentially from the 1860s. You’ll understand, and you’ll see how something like a keyboard has transformed other the years and has strived to improve the customer/consumer experience.

With that being said, there are expensive keyboards, which is why here we will cover some of the Most Expensive Keyboards that you’re going to find today.

Whether you’re looking to buy an expensive keyboard or are just curious about if there’s something like an expensive keyboard and if there is, then what do they actually look like, what are their benefits, and most importantly, how much they’re going to cost, you’re in for a ride, buckle up!

This keyboard makes you feel that every penny you’re going to or might spend on this keyboard isn’t wrong spent, with the keyboard proving its worth with the functionalities it brings with it.

In terms of features, the Razer Huntsman Elite might have everything that you’d be needing from an elite keyboard, especially if you’re into Gaming.

The Huntsman Elite is definitely something that is worth considering if you have the means to get an elite and expensive laptop. However, when looked at other keyboards, especially at the competitors, this is still cheaper than the rest.

So, it gives the maximum functionality by being the cheapest ones than most of its competitors.

The Razer Hunstman Elite can be found/bought here.

Steel Series Apex Pro is rather a more expensive keyboard than the Razer Hunstman, but you’re getting your money’s worth. Steel Series is a recent addition to the keyboard industry, and they have recently started rolling out their expensive version of premium keyboards which is good news for you.

Some might say that Steel Series Apex Pro is a keyboard that is one of the best aesthetically looking keyboards; however, looks aren’t everything, and a consumer needs more than just looks. So, if by any chance or reason, you decided to go for this expensive keyboard, you’ll be getting the following features.

Steel series is a new company, a new game player to the market, but that doesn’t mean a new company can’t make good products. The same is the case here, although it is a bit expensive than the Razer’s Huntsman, but you’re getting more of your money’s worth than the Razer’s, but then it depends on the user’s preference and consumption. Still, it’s a great laptop but could serve to be a great buy.

If you’re looking to buy the Steel Series Apex Pro, you can get it here.

Optimus Maximus’s name given to the keyboard is because it has reached the highest point of keyboard engineering (although some argue), but that doesn’t shadow the fact that this keyboard can do things that others simply can’t compete with. Still, the issue is, There is no certainty that others would want to do the stuff this keyboard can do, which others arguably can’t.

Its key features are interesting, and you might understand the price tag it has, but it’s hard to understand if someone would want to go for this keyboard when there are many good expensive keyboards that you can buy with the same price tag.

The main thing or feature about the keyboard is it is customizable. You can do anything with it.

Here are the features that this keyboard brings

In all honesty, this is not the kind of keyboard that one should be aiming for, considering the price tag it has and that there are other good keyboards available for the same price tag. However, everyone has their own preference and choice.

The price of the keyboard is pretty reflecting what the keyboard does, but that doesn’t mean an ordinary person would have to pay that considerable amount over this keyboard which more or less can be done by another keyboard with a slightly lower price tag.

If you’re into this keyboard, you can check it out here.

I don’t think you’ll turn into a Hacker with this keyboard or that it’d help in hacking (it might, who knows).

Happy Hacking Keyboards are generally good as their consumers generally like them.

The thing about this keyboard has won everyone is because of its high performance, their design is excellent even though it’s expensive, which is why it is under the list of Most Expensive Keyboards.

The keyboard has really unique looks even though it doesn’t have functions that really eye-catching or that are appreciable, but just for the record, here are the broad features this keyboard brings with itself.

The Happy Hacking Keyboard Professional 2 is an overpriced keyboard, and you’ve got to give this to them. Unfortunately, they’ve made a keyboard that is generally really overpriced when compared to their competitors.

Many users/owners of the keyboard claim that the keyboard has lived up to its money’s worth. However, the keyboard still has an okayish or a general functionality when it comes to expensive keyboards compared to others with the same price limit.

But then it’s your choice and your money, but I still advised that this an overpriced keyboard from my point of view and you can get good keyboards at the same price range.

Check out the keyboard here on Amazon.

Our favorite most expensive keyboard

So, if you ask me which ones would, I go for the price these keyboards have?

These two are the only expensive keyboards that I’d consider today if I were going to buy a costly keyboard but gave me the most functionality.

There is always the element of personal preference and choice, but it can be changed if there is a piece of sincere advice. So, If I were you and I had the money to go for one, I’d go for these two.

The rest of the keyboards are good, not that they are wrong, but some are overpriced, and the functionality isn’t that great, while some provide the same general expensive keyboard niche functionality for a higher price.

Nevertheless, I believe this brief article might help you find the right keyboard for yourself if you’re planning to spend big. 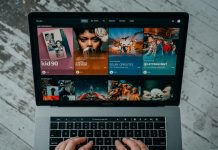 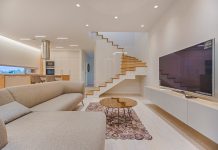 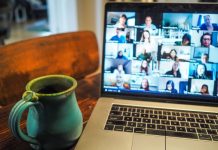 Discover How to Download the HSBC UK Mobile Banking App

The Geek Desire is your one-stop source for all things related to apps, internet, and technology in general. From the latest industry news and trends, to useful tips and tutorials, we provide in-depth coverage of the tech world. Whether you're a beginner or an experienced professional, The Geek Desire has something for everyone.
Contact us: contact@thegeekdesire.com
The Geek Desire © 2015 - 2023. All rights reserved.